A 40oz. Explodes in your face! You surf the sweat of several hundred skinheads, your wallet and your morals are gone and you’ve ROCKED THE PARTY! Join Queens’ New York’s finest cultural export as they explore the powers of Olde-e, chicken, environmental destruction, animal rights and wrongs, skinheads, guidos, and the true nature of the hardcore/punk scene; a scene that will never die.

You can survive, if you have NO REDEENING SOCIAL VALUE.

Hardcore punk bank formed in 1988 in Queens, NY, for the sole purpose of having a good time all the time. Hobbies include making records, breaking records, touring the world, and partying at extreme volumes. NRSV loves chicken and malt liquor. Turn-ons include skinhead girls w/ ample proportions. Turn-offs include guidos and people telling us what to/ what not to do. NRSV started as a joke between friends - and we're all still friends. The band is known as a high-energy, riotously entertaining, infamous and legendary NYHC band. NRSV has lots of music available (LPs, CDs, all digital & streaming platforms.) Well-known hits include: "Skinheads Rule", "Chicken", "OLDE-E", "Pussy, Pussy, Pussy", and "Still Drinking"....among others. NRSV’s music has been featured in movies, video games and sporting events. The band has toured the world and played with all of their musical heroes. The best thing about being in NRSV is the great people we meet. HC lives!! Collectively the band enjoys: Olde English 800 brand Malt Liquor, smoking spliffs, listening to punk rock and reggae music,  making our own videos, rocking the party, throwing beer on people as they sing our songs, dating your girlfriend, fishing and getting our hair cut, and sandwiches. 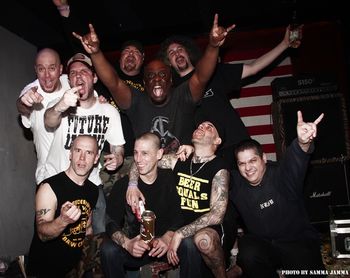 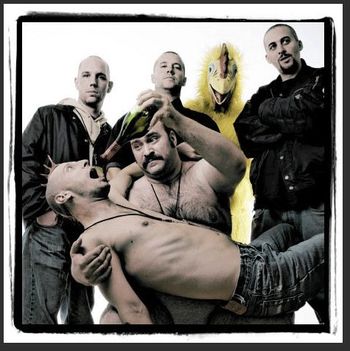 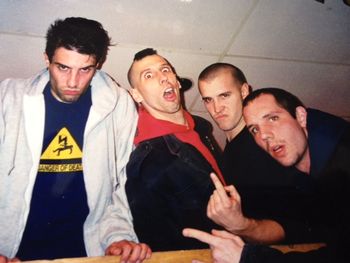 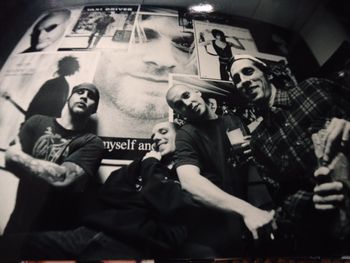 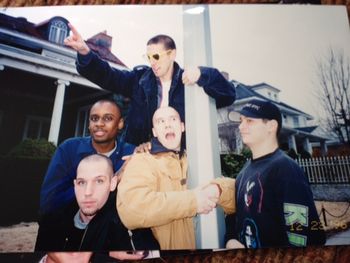 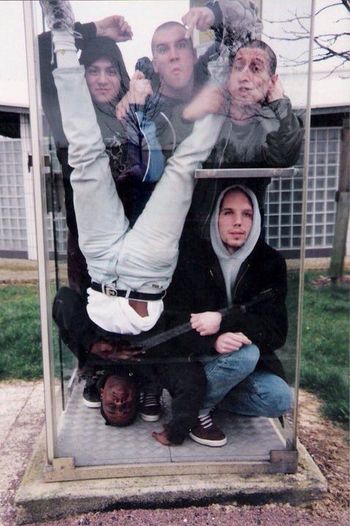 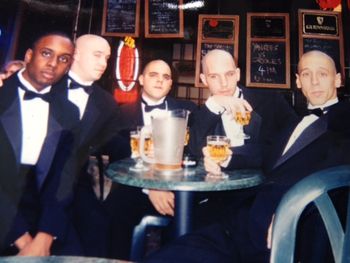 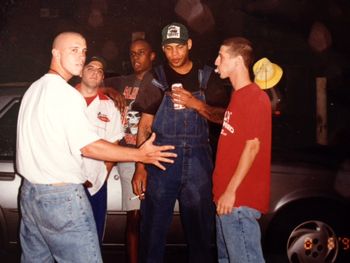 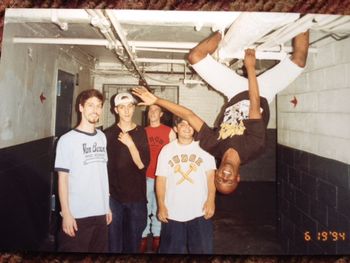 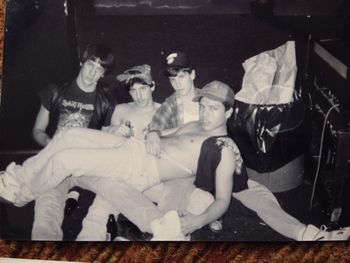